"So what difference does being a Christian make in your life?"

I was driving today and had the radio on, listening to an interview where this question was asked. The interviewee was a bit at a loss to explain - and I totally understood why, such an all-encompassing and foundational change as becoming a Christian... how would I explain, concisely and simply, the difference it's made for me? 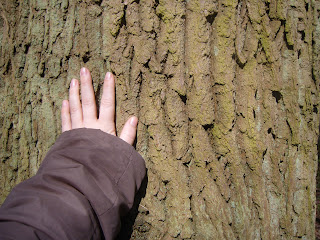 Any answer I came up with seemed trite, worn, cliched. What difference?

I could talk about how I'm simply not the same person I was... but how can anyone really appreciate how radical a change it is to go from dead inside without even knowing it, to alive?

Or how much knowing and leaning on Jesus has helped me in the bad times? Oh no, I'd never bring this as an argument because I went through much worse before I was a Christian than anything life has thrown at me after... and I survived, even without knowing him.

I think the best way for me to explain the difference inside is to say: I care now.

I never used to care about others. Not since my mother died when I was 15 - I loved no one after that. Even after becoming a Christian, restoring my ability to love and care was a process that took about a decade!

I never used to care about myself. That's not to say I wasn't selfish, because I was, but frankly the only reason I lived long enough to become a Christian at 21 was that I hadn't found a way to stop being alive that would definitely work (I knew I wouldn't get a second chance if I attempted suicide and failed) and was within reach. I had stockpiled my mother's Rohypnol while she was sick - I'd give her one and put one in my stash, to use in case she didn't make it; but because she died in hospital and I wasn't able to get back home for about a week after, it must have been found. No one ever mentioned it but my stash was gone and in the years I lived at my aunt's I was never, ever left on my own. So... lack of opportunity really. I didn't always have an active death wish but if the opportunity had presented itself I'd probably have taken it. Nothing to live for.

That's what's changed. You could argue that I now have a family to live for, and that is true, but before God gave me the ability to care they wouldn't have made an ounce of difference. I do care for them and I would  absolutely die for them, but not because I don't care about my own life.

I have been given the ability to care, or in Christian jargon, my heart has come to life. That's the difference.

Thanks so much for sharing!