Children: decision or gift? [could I regret it?]

Before I begin, let me state this: I don't believe having children is ever 100% our decision. Even if you decided to stop contraception, to "try", or perhaps even to use artificial methods - apart from adopting a child, this new life making it through and coming out alive is a gift which you don't have 100% influence over getting. A common miracle.

This post was sparked by a conversation I had with a friend who's a mum, who mentioned that there are times she regrets the decision to have kids. Every mum I've ever had an honest conversation with about children has said something along those lines - I believe there are moments for every mother when she wishes her kid(s) weren't there. They are moments, in crisis and stress and overtiredness... it's not that she truly wishes them gone or would go back in time to prevent having them, but still, I think every mother is familiar with those feelings and I won't be surprised if I feel that way too at some point.

At that point, I want to remember that I never decided to have children.

When we got married, we didn't know whether we could have any. We only decided to be open to the possibility.

And when I say being open, there's more to it than thinking oh well, we'll make love and see what happens! I do know where babies come from, thanks very much. We truly didn't know whether we could have children; I have been diagnosed with polycystic ovaries and some years ago I had no periods at all for almost three years. [They had been very regular again for a while before my pregnancy though.] My Mr. in the past has been married and they had no children, and had not been trying to prevent having them. So - we were not being naive to think that we may just not have any.

We decided to be open either way. To do nothing about it - we neither consciously "tried", nor did we use prevention. It was the only way I could have peace: if I had to decide whether or not to have children, I would have tied myself up in knots of indecision. And I might have regretted my decision, whichever one it would have been. 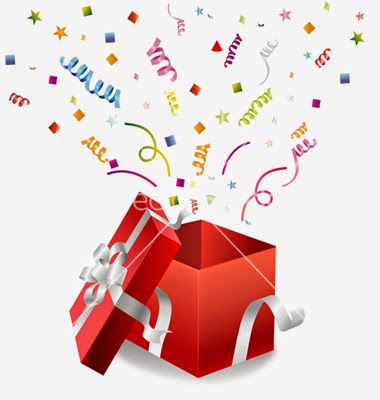 You can regret a decision, but you cannot regret a gift. You can get a gift you don't like very much (think socks from gran at Christmas!) but you still take it and smile and thank the giver. Because they gave it with love.

I'm not saying having kids is like getting socks for Christmas, but this gift is given with love and though I may at times not like it very much, I can't regret it because I didn't decide to get it. It was given by someone who knows exactly what this couple needs, and what this child needs, and who has nothing but blessing as his agenda. A blessing that's hard work at times, I have no doubt, but it wasn't my decision to make and I trust the one whose decision it was to give the gift.
at 11:11 No comments:

How much *stuff* do babies really (really!) need?

Living on a boat, we're all about clever storage solutions - space is definitely at a premium.

To me that's an advantage, not a drawback. It makes you think twice about everything you buy and what you really need (or not). I like an uncluttered environment, so even the space we do have I don't like to fill up with stuff.

Babies, it seems, bring with them a whole lot of stuff. Some of it clearly necessary, but some of it perhaps optional... as a first time mum I'm well aware I may be eating my words in a few months' time and buying all the stuff, but at the moment, I'm taking a minimalist approach to buying baby stuff:

Things we are buying / necessities:

Wow, that's a boatload of stuff already! And I may come across more needful things yet...!

Things we have considered but aren't buying (not an exhaustive list - there are SO MANY THINGS you could buy!):


I can't think of many more things but wow, this whole enterprise is certainly an education!
at 14:45 No comments:

On taking up space

It's hardly a secret that I have a very messy past. I've talked about my dysfunctional family of origin... but there's much more to my mess than that.

For most of my teens and all my twenties, food was an extremely dangerous enemy to me - to be contained when possible. After years of utter chaos, pain and insanity, I found salvation in a programme of extremely rigid food containment (a blog I wrote for years still exists, both as a reminder for me and to give hope to others) which kept the demon contained. It took work and commitment, but for years I found that I could have a life between meals - all three meals were committed in advance to my sponsor each day, in detail, then weighed and measured; with nothing in between but black coffee, tea or water. No matter what. 24/7, 365, no exceptions. It took planning and commitment but I was able to live life in between those meals.

One day in late 2010 I was at a conference. People were prayed for. I felt no particular need so I stayed in my seat. Someone called me out and prayed for me - I don't remember what he said, only that it wasn't very earth-shattering - but I knew, that evening, that I had been freed. After years of daily, no-exceptions weighing and measuring of my food I started the next day with extreme caution. I took my scale to breakfast, but I had chosen not to call my sponsor that morning. I sat at breakfast and my scale remained in my bag. Slowly, as if the food could attack at any moment, I took my first bite. And another. And I was truly free.

Over the next few months I learned, completely re-learned, how to eat. I was no longer avoiding all sugars, grains and starches as the enemy. I no longer had to wait 4 hours in between meals, or avoid snacks. In learning, I gained some weight; but I never spiralled out of control. I truly had been healed, actually totally unasked-for (I had been convinced I'd found as much freedom as I could ever have!)... but it was like having to learn to walk after a stroke, I had to learn to eat in response to hunger cues and appetites and choices I could make.

While I have been free from the madness since that day in 2010, it's been a journey in terms of body image. I will never have a model body - I'm just not built that way. I'm short, muscular, and strong; not lithe and willowy. My wonderful man calls me 'curvaceous'. I remind myself often that he is the only person I really want my body to appeal to; as long as he likes what he sees, it's all good. That includes myself and my merciless eyes; it doesn't matter if they're less than happy at the mirror's reflection.

Sharing this photo is seriously tough for me, because it shows lumps on an imperfect body (and fat arms); but I'm showing it because for the first time in my adult life, or perhaps ever, something is shifting in my own perception. For the first time, I have an inkling that the amount of space I take up is not too much. That my body has a right to take up the amount of space it does, because I'm pregnant. I'm not disturbed at my belly's growth, I welcome it - my body has every right to expand at this time.

I'm not eating for two, I'm not going crazy with food: those days are over. But I am gaining weight. And for the first time, I'm absolutely fine with that.
at 22:33 No comments: