Why I'm confident in my mothering 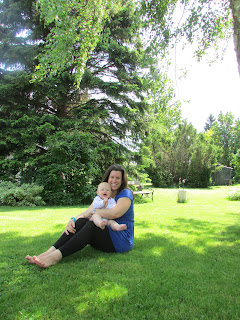 So many of my mum friends are anxious about their mothering. They question if they're doing enough, or the right things, or as one mum even put it, whether their babies wouldn't be better off with another mum!

I find this tragic. And I wish there was a way to just give confidence to those that need it, because I think the very fact of your questioning your decisions and thinking through your actions critically means you're already doing more than many. But that's not what I'm here to say today.

I'd like to share a few reasons why I have every confidence in my own mothering abilities. This isn't to boast, but to hopefully help others see that they, too, are doing a fine job.

By the way, I'm the least likely candidate for being a good mother, if a job interview was required for this gig. I never took an interest in children whatsoever; my role models, growing up, were dysfunctional all round; I had a good career going as a marketer. And yet, let me tell you in all humility, I'm doing a perfectly good job right now. What makes me confident of this?

My mother loved me, of that I have no doubt, and I loved her too. My world as I knew it ended when she died and it took many years before I loved anyone again.
But, with the benefit of hindsight, she didn't do a great job... she really didn't like being a mother, doing all the menial tasks that came with it, and by the time my sister came along (I was 6) she had pretty much checked out of the housekeeping / mothering gig altogether and retreated to her music. I had to follow her there if I wanted her attention, so I learned to play instruments. From my relationship with my mother I learned that as long as you don't actively mistreat your child, it doesn't really matter how else you mess up: they will still love you fiercely with all their heart.

With this start in life, follwed by three years of bullying and psychological abuse at my aunt's, I saw little good in the idea of family. There were no couples in my world who stayed together because of love. Most divorced; some didn't, however much they loated each other but stayed together for their own reasons. I saw no love filled family lives in my growing up years, none.
But those are not the role models I look to now. I've often said that it took me 10 years of being a Christian before I was ready for a relationship - let alone a family! I spent 10 years being rebuilt from the inside out. God knew I needed that time. In that time I've met, and done life with, several love based families and I saw what a glorious, life-giving thing family could be - and those became my role models. There are many of them around me at our church now, people to ask for advice, to lean on when things get hard, to walk this journey together with.
Moral of the story: your start in life does not need to define you. If you're a Christian, then Christ does, and he will shape you towards love if you let him. 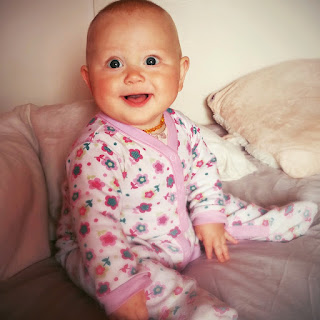 I believe that at this stage, babyhood, mothering has a lot to do with instinct. Later on I will have a little person with wishes, desires, emotions and ideas to deal with; for much of the first year however, the issue at hand is more about keeping baby alive and happy and not much else. I read some good baby books (highly recommend BabyCalm and any of La Leche League's books, especially Sweet Sleep and the Art of Breastfeeding) but nowhere near as much as I could have done. Perhaps I was lucky, more likely I have God to thank for it, that these are the books I started with rather than some of the more popular books which I have since learned more about and I see how they only serve to make mothers anxious.
Since time began, about half of humanity has given birth and reared children - successfully, or we wouldn't be here. I take great courage from that. There are definitely instincts at play, and they can be trusted. I don't go against them. When my baby cries, I comfort her, whether it's day or night (and guess what, at night my mere presence is enough comfort to her - her crying at night is extremely rare); I keep her in close physical contact; I feed her when she's hungry. It's simple really and we're both quite relaxed in it all. 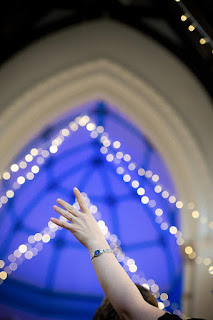 In a church I was part of in America, the pastor was an incredible father figure to all the young people. He just had that warmth, that strength, he just drew people to him and he was like a father in the whole church. One day his wife told me his story - that he was his mother's first son, out of wedlock, and when she married he became his stepfather's punching bag. He grew up in a worse place than the family dog: basically everyone's slave, rather than part of the family, he did not eat at the family table but had to hope for scraps; he slept in the garage; and other than for beatings, there was little interaction between him and his stepfather. He knew nothing of what a father was meant to be. When he himself became a father - by then he was a Christian - he knew how out of his depth he was, and whenever he didn't know what to do (for example, when one of his kids misbehaved or wanted something he wasn't sure was a good idea) he would tell them to sit on a step outside his office and he'd go inside to pray and ask God what to do. I met both his kids and they told me of waiting on that step waiting to hear what would happen. That pastor literally learned how to parent from God, and by the time I met him - both his kids were adults then - he was a natural father figure to many people.
It's been at least 8 years since I moved away from that church but this story has stuck with me because I, too, need God's help in my parenting. To be fair, probably everyone does because we're all fallible, but perhaps I'm more conscious of it than most because I have no internal resources (role models) to draw from. I've seen Ken with my own eyes, known him and his family and their lives, and I've seen what God can do - so I trust that he can do the same for me. It's not a vague concept but a real help at the time I need it: I know that at the very moment when I'm overwhelmed, or I don't know what to do, I can stop right there and take a moment and ask my heavenly Dad. He knows. He'll tell me. I truly believe that.
at 16:16 No comments: