If I have a resolution in 2016, it's to pay conscious attention to my friendships. To deepen them, nurture and cherish them consciously. 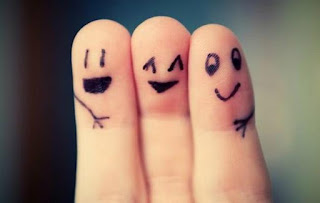 It's a fact that people come and go in our lives. When I grew up I thought friendships, if they were "real", would just happen and then last forever. Now I know that very real, very genuine friendships can be seasonal in life and when the season is over, the friendship - while it isn't over as such - just doesn't continue as a walk together. The closeness goes away, even though the fondness of friendship continues... I am now friends with people on Facebook who were part of another season in my life, and while our lives have gone completely different paths and we're separated by continents, I love following as their lives unfold in time. And if any of them needed anything I could help with, I'd be there in a heartbeat still.

C.S. Lewis described the love that is friendship as two people who are shoulder to shoulder, looking at something outside of themselves, and that is what binds them. (as opposed to lovers, who are looking at each other). I think that is very true. Some ties that bind are more temporary than others.

Since becoming a mother, I've been amazed how some wonderful women have come into my life and walked alongside me. Amazed at the speed at which depth in those friendships has developed. It's because we have much in common in terms of our experience of being new mothers; that said, 15 months into motherhood there are already a few friendships that have moved on. Where my NCT (antenatal) group of 8 women had everything in common initially as first-time mothers, and we were all very close and constantly in touch supporting one another in the early months, these days contact is sporadic and more a case of the occasional catch-up. Why? Some have gone back to work, that's one reason; but certainly parenting styles make a big difference, and as our little ones grow from completely dependent babies into toddlerhood those differences become more pronounced.

I don't grieve those friendships; I accept that they are part of the sifting, and they were completely genuine at the time they were needed. They have simply served their main purpose now: the closeness is gone, but the fondness remains.

There's a sifting in friendships that time does. I find this now - out of dozens of remarkable women I have been privileged to meet, share deeply with, and walk with since becoming a mother there are now perhaps three or four whom I connect with regularly, who have much in common with me, and with whom I share a depth of relationship that I have to admit I haven't experienced in years prior - and had missed!

And those are the friendship I want to consciously nurture. Being let into the lives of these women is a huge privilege and unattended friendships can fizzle out, which I really don't want to happen.

In my life, a lot of my friendships were accidental in a way - we just happened to be thrown into a context together, such as school, where we saw each other a lot and, since we had something in common or a shared interest, friendship grew over time. 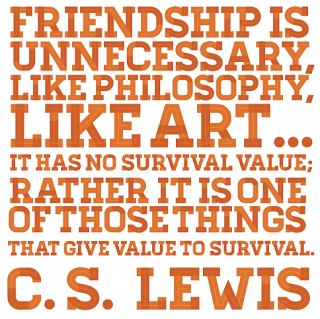 Having church as a community is a great blessing that's in a way similar to having a workplace or school: you meet the same set of people regularly, and when you have things in common and click, a friendship can develop. But, it can just stop at that and go no further; to develop any kind of depth, you need to meet outside group contexts, and regularly. As a mum, this requires effort!

I no longer have a place I regularly go to and spend significant amounts of quality time, such as work. My work is at home, my deepest relationship in terms of time spent together is with a 15-month old. And that's as it should be - my time, both quality and quantity, as well as my attention and affection should be focused mostly on that little one. But I need support and nurturing too. Since I'm not automatically in a context where I get that, I need to be intentional about it.

Now I have to schedule "friendship time" if I want it to be regular and of good quality. A quick "how's it going" at the end of a church meeting isn't a deep friendship. Meeting weekly for an hour's walk (and chat!) with a fellow dog owning mum is, and by meeting up here and there for a coffee and kids' play date we are building a genuine, deep and strong friendship.

With another friend, I have committed to scheduling a fortnightly playdate get-together in 2016.

Just because it takes conscious commitment and effort, it's not any less "real" as a friendship. The loss of spontaneity comes with the season of life we're in - but we would all be the poorer if we didn't make the effort.

With love to all my friends - walking with me currently, and having walked with me in the past. I love you.
at 19:31 No comments: