Since getting Fred I've been out and about so much more than ever. When he needs to go, I have to go... and I walk to work with him, trying different routes, and getting to see the city on foot - it's lovely!
There will probably be a few picture posts of things seen on my walks - here's a start.
I live in a beautiful place! 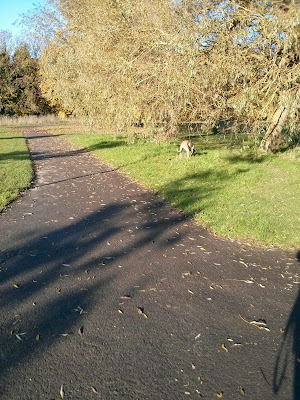 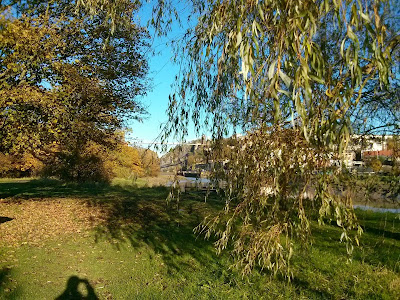 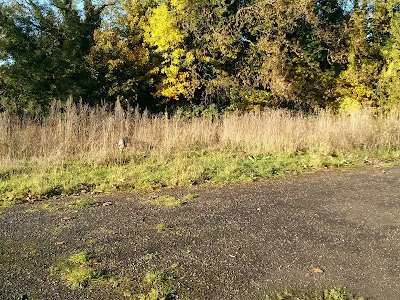 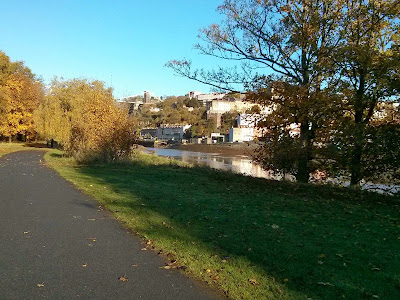 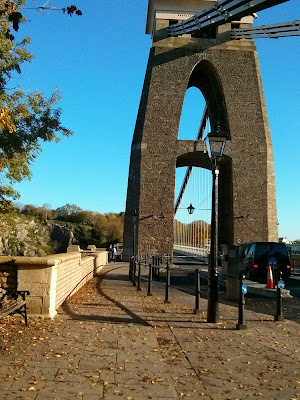 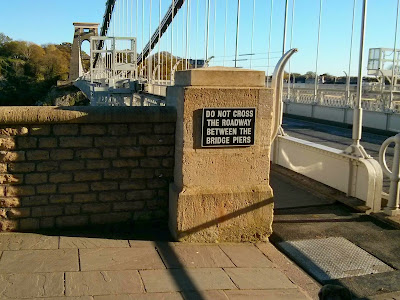 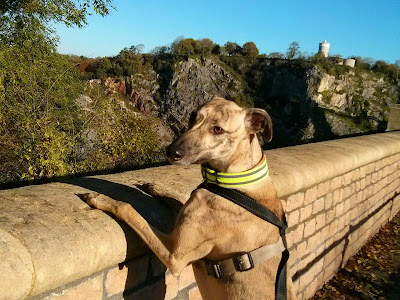 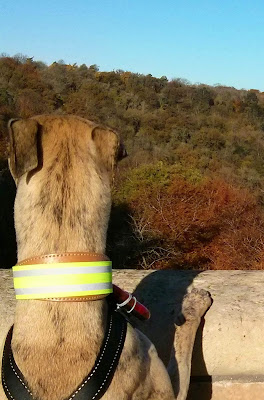 When we moved in, all curtains were dark green. Curtains on the windows and curtains to hide storage - all green. I'm not a fan of green!

So I decided, how hard can it be to make my own curtains? All straight lines to sew, no? - nevermind that I hadn't sewed since middle school when I learned it in craft class and have no memory of ever making anything useful there. But I had this idea, I roughly remember where the thread goes and how to feed the fabric in so let's have a go.

I borrowed a machine, got some gorgeous fabrics in red (for windows) and gold (for storage) and off I went!

The first two curtains I had to simply throw away. Turns out everything wasn't quite as straightforward as I'd thought, and certainly my seams were anything but straight! But, having started, I really had little choice but to continue. And I needed those green curtains gone! So I kept at it. One curtain a day, frustratingly slow, but work progressed... and by the time I was finished with the windows, I looked forward to starting on the storage curtains!

These were done quite quickly as there really wasn't that much storage to cover - under the desk, under the bed, and in the spare room. By then I knew I enjoyed this and I actively looked for something new to do! Still maintaining mostly straight sewing, my somewhat more ambitious project was sofa cushions. We had three sofa cushions, two of them blue and one orange, and in keeping with the colour scheme I got some red fabric and made covers for the cushions. A simple design - basically folded in like an envelope, so there are no buttons or zips.
Following those, I couldn't leave the seat cushions of the lounge chairs alone... and as I had enough red fabrid from the sofa cushions left over, I covered the seat cushions as well. That was a bit more ambitious: those covers aren't square but have rounded edges, and they have straps to attach them to the chairs! Again, I learned on the job, and now all cushions in the lounge are covered with the same red fabric.
What now?? All household fabrics I could think of were done. My next project was another big step up: a fleece jumper for Fred!

He suffers from the cold. I needed a jumper for him to wear at home overnight, and while there are jumpers for sale online, I wanted something quite custom made for his requirements. Making this jumper required cutting, measuring, and various other new skills I hadn't tried before... and it worked! Ta-da, here's Fred's jumper which he loves to bits now and he fights with me when I try to take it off - which I do try when we go outside, no self-respecting dog should be seen in his PJ's in public! But he'd rather keep it on all the time.
What are the special characteristics of this jumper, you may well ask? -
I posted a picture of it on the rescue group's Facebook page to tell them what I'd done and I've had three people say they'd like to order one! Since I enjoy making them, this might become a business - as a friend calls them, 'Cosy Capes' for dogs - watch this space! 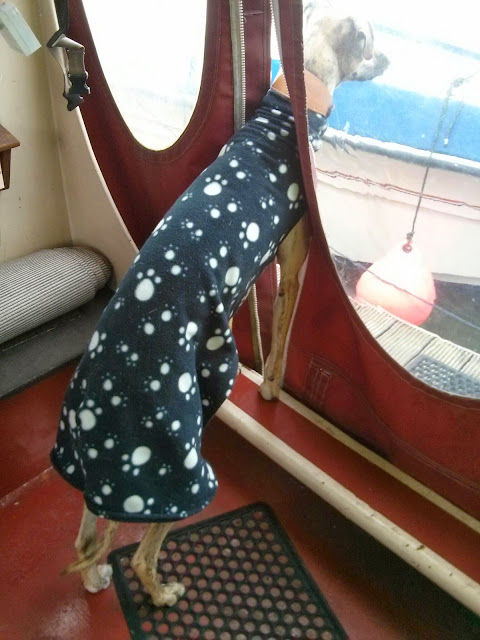 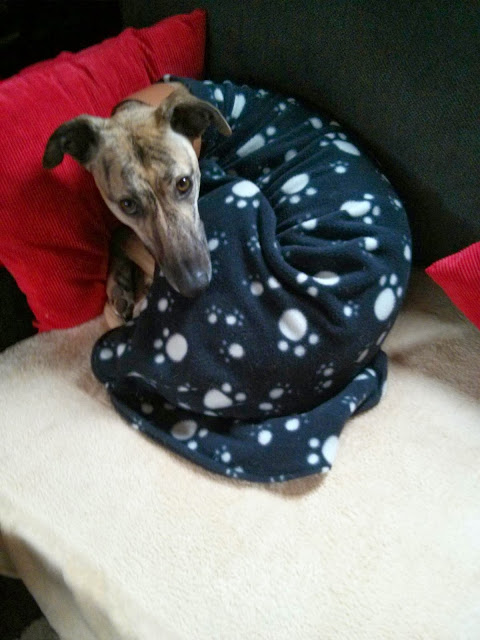 Can't we just be happy?

Life is wonderful right now. Loving so completely and being loved the same way in return is amazing. And I love our home, my current job, Fred the dog - this married life is truly beyond my wildest dreams.

So why does this make me feel... selfish?

I observe - thanks to God and my always reasonable husband I don't have to act on impulses - within myself, that I somehow can't be comfortable being comfortable. And I'm not sure if that is a good or a bad thing!

A bad thing: arguments for this unease being negative - I've been through more hard times than many at my age. I've been through lean years. I've served God faithfully where I was, single for years, earning less than I could have by choosing to work for His Kingdom at a Christian charity. Why shouldn't I accept blessing without drawbacks? God is good!

But, could this unease be positive - a God thing? So many people are worse off than me. How can I sit on my blessings when I could help others? Could we foster or adopt? (the potential for pain and heartache, hard work and overwhelm are vast!) Volunteer more? Then again, how can I let Mr. shoulder the burden of providing for us; volunteering feels like indulging myself too - assuaging my need to feel like I'm helping others - when I could find ways to contribute to our finances?

See the problem is, both lines of reasoning look valid to me. And I know I have this sense of unease. But which is right? What is God calling me - us - to do, if anything?