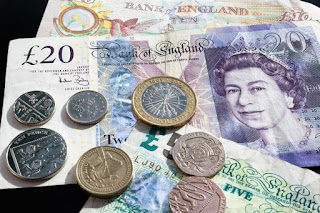 The cold hard truth - we are just about managing on one salary, but it's tight and the house is still a project with much more to do than we have money for! So, we need some more income.

Mr. and I sat down for a long chat about that. He can't change jobs; in his industry there is great uncertainty due to Brexit right now, and he sees lots of colleagues being made redundant. He's got a good pension scheme where he is, and has been due a pay rise for several years (!) now - hopefully that will come to fruition at some point. So changing jobs isn't workable for him, and changing careers (which he would quite like to do) would mean taking a huge pay cut for several years as he gets stuck in to his new career, which also isn't workable right now.

As for me, I'm qualified as a marketer (postgrad). But I don't have the mental capacity at the moment to really apply myself in that field; if I wanted to be employed, it would be difficult to find a job with better conditions than the one I had before baby #2 - that was only 8 hours a week, from home, completely flexible on times... yet I could barely do it with one baby, certainly not with two! Only 8 hours, sounds like nothing, but working them around kids naps or occasions when the grandparents can take the kids was incredibly stressful and I don't feel I was able to give my best to that job. If I wanted to be self-employed and work as a consultant or similar (charity marketing, fundraising etc. being my specialities) I'd have to spend years to build up a client base and reputation, and would have very busy periods within projects which I couldn't necessarily work around the kids.

It was for me to find something to do, since Mr. isn't in a position to. I set out my requirements:


...so now I'm training as a hairdresser. 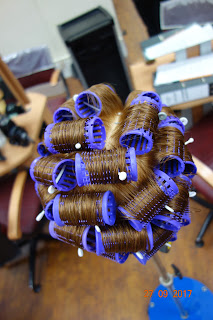 It's a one-year course, after which I'll be qualified to be a mobile hairdresser. I can go to people's own homes, or have them come to mine. This means I can set my own working hours around what works for me and my clients!

And is there a market for this? You bet! I know lots of mums who avoid going to a salon due to having to organise childcare, as well as the cost; also elderly people who find it hard to get out to a salon. Both of these groups, mums and elderly people, are also often lonely and need a chat. This is the vocation I'm increasingly becoming aware of - having chosen the profession and training on the purely practical points above, I'm now finding that perhaps this is actually what I'm being called to do... a way in to be a listening ear, an encourager, a sympathetic presence in the lives of people who don't often get the chance to have an uninterrupted conversation (and with toddlers, don't I know all about that!)

I can't wait to get stuck in. Several months into the course now I find it's so much more interesting to learn about all this than I thought it would be!

Thanks so much for sharing!